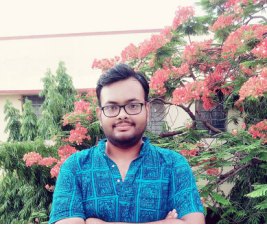 An Educational institution not only servers to illumine the minds of its alumni by repelling the darkness of ignorance, but also acts as a centre for invigorating the young citizens of the country to actively participate in the noble task of nation building. Sitaram Mahato Memorial College, one of the youngest flowers in the bouquet of higher education institutions in Purulia district of West Bengal thrives with a similar objective of enkindling the minders of the students and thereby empowering them to strengthen the nation at large. The college started its journey in August, 2013 and has already spread its petals to fragrance the lives of people of Anandadeep, Kuruktopa where it is situated and its adjoining villages. The college at present provides BA Pass/Program and Honours degrees in Bengali, English, Santhali, Sanskrit, History, Geography, Anthropology and Political Science. In the coming sessions it is our aspiration to offer BSc Honours and Pass courses as well. As the in-charge of the college it is my hope that together we shall be able to take the college to such a position that it can revolutionize education scenario in rural Purulia.